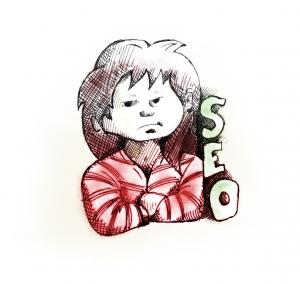 It's Friday, and we're having some good old fashioned fun with a Story Hour. Today's story is a familiar one, but with a twist. Without further ado, we now present to you...Alexandra and the Terrible, Horrible, No Good, Very Bad SEO.

Director of marketing, Alexandra, had a boss who wanted to see first page rank for her favorite keyword.

Alexandra wondered who to turn to; luckily, a gentleman had emailed her just that afternoon telling her he couldn't find her website in search engines but that he could help. She didn't know him, but he seemed to know a lot so she paid him lots of money. The man produced lousy results and stopped talking with Alexandra. After this, Google penalized her website for artificial links.  Alexandra started to realize this quarter would produce some Terrible, Horrible, No Good, Very Bad SEO results.

Alexandra decided to be resourceful and uncover the perfect keywords for her business herself. She talked to friends and family, her old soccer coach, and her Grandma Martha. She thought long and hard about the right keywords and finally developed a list of the top 5 keywords for her company. Alexandra rewrote the web content and added these keywords over and over. Too bad for Alexandra as she watched the page rank remain unchanged. Even worse for Alexandra as she watched her bounce rate grow. Alexandra realized her process was a Terrible, Horrible, No Good, Very Bad keyword strategy.

Alexandra decided what she needed was a new website.

She used her knowledge and a website designer to put together a nice-looking template that the sales team admired. Months after the launch, Alexandra noticed sluggish search results and had an expert look. The expert told Alexandra there were no header tags, few list elements and images were used sparingly without alt tags. He said the website would need major work and her search results were going to take time to redevelop. Alexandra cringed as she realized the dreadful results of her Terrible, Horrible, No Good, Very Bad redesign plan.

Weeks later, as Alexandra's contractor finalized fixes for the website's on-page SEO issues, Alexandra sat back expecting to watch her turn in fortune. Unfortunately, just then Alexandra's colleague emailed her to tell her the old bookmarks to the company website had stopped working. As Alexandra confirmed this awful news on all the old company URLs, she winced with the knowledge that the afternoon's update email to her boss would contain some Terrible, Horrible, No Good, Very Bad SEO progress updates.

She joined every channel she could find and posted everything she could from her website. Once a week, Alexandra would spend 15 minutes with each of the 28 channels she had created a partial profile on to improve her company's brand appeal. But in the end, her following grew to mostly her friends and Grandma Martha and Alexandra knew this scattered, uncommitted, and non-targeted social media marketing plan produced Terrible, Horrible, no good, very bad ROI and no SEO value.

Alexandra had addressed website fixes but was unprepared for a new round of questions from employees and customers who were unable to find a correct listing for the company while searching. Apparently, Alexandra had neglected to ensure all the company's names, addresses, and phone numbers were correct and matching on the numerous, larger business directories online. Then it got even worse! Alexandra had never bothered to create a Google profile for her company, so the company's search location and mapping presence was incomplete, unconfirmed, and insignificant. Alexandra shuddered again when she was made aware of negative reviews occurring on major websites that hadn't been addressed or even documented. Alexandra knew the company-wide email she was about to send to address the concerns would do nothing to appease what was really a Terrible, Horrible, No Good, Very Bad local search strategy.

Alexandra had one more chance to make a difference.

She petitioned her boss for a final budget infusion to go hard after that one keyword her boss really wanted. Alexandra believed whole-heartedly that if she could rank #1 for that keyword, all her oversights could be forgotten. She spent everything she had to target that keyword and unseat their biggest search engine competition. After months of spending, Alexandra finally achieved a #1 spot. Alexandra had what she thought was her victory, but as results began to show that website traffic only moved a little, Alexandra noticed her competition now dominated 4 other first page spots that she had ignored. Alexandra began to realize just how dire the report she was creating for the board would be and she knew this would probably be a Terrible, Horrible, No Good, Very Bad board meeting. 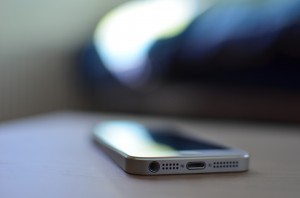 As Alexandra sat, forlornly delivering bad news to the board, a member wanted to review the website right then to look at the design which everyone had spoken well of. This was a final blow of bad news for Alexandra, since the board member couldn't view the new website on her smartphone. According to Alexandra, the website wasn't developed to be mobile friendly since that "hadn't made it" into her redesign planning. Alexandra could see by the look on the board's faces that her upcoming review might be a Terrible, Horrible, No Good, Very Bad review.

In the end, Alexandra's boss told her some days were like that… but months, quarters, and years like this were unacceptable.

Alexandra is currently looking for a job in Australia.

Older Post Is your blogging working? 5 Signs of a Healthy Blog
Newer Post Improve your Blog with These 4 Tips
Back to Archive
We use cookies to improve your experience on our website. By closing this banner or interacting with our site, you acknowledge and agree to this.