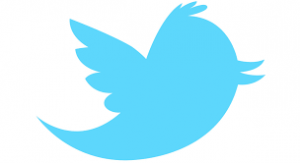 Facebook and Twitter, the two behemoths of the social media world. With two very different approaches, platforms and even fan-base, you'd think the two would settle for what they have - which is domination over all of the other social platforms out there. But, no. Each wants sole social media dominance. Perhaps we find that unsurprising, though, as each company reports to investors, stock holders and advertisers.

But first, a check-in of each company as it stands now is in order. Check out this comparison of numbers for the two networks.

In every category except for percentage of active users on mobile, Facebook numbers are much, much higher than Twitter. Facebook's users, revenue, profits and market cap tower over Twitter's. Here's what Twitter's trying to do to change that.

One of the things Twitter has going for it is its "cool" factor. Many of Hollywood's elite prefer Twitter to Facebook. For instance, Jimmy Fallon regularly creates hashtags for Late Night, like #momtexts, #ChristmasFail and #ThatWasStupid. He reads the best tweets on the show. Taylor Swift also engages with her fans on the platform. She used the hashtag #taylurking to feature pictures she found on Twitter of fans posing with her latest album.

Twitter is trying to build on this "cool" factor to build a network of mobile operators who are loyal to it, rather than Facebook. We already use Twitter for breaking news, but now Twitter wants us to use it at all times. To do so, Twitter is talking about changing users' feeds to more resemble Facebook's news feed. Twitter is also reshaping Direct Messages, a direct competitor to Facebook's Messenger and WhatsApp.

And what's new for Facebook? The social media giant is trying to loosen Twitter's hold on the entertainment industry, urging studios and entertainers to put their content on Facebook first. Twitter has the lock-down on TV shows and live events (like this past weekend's #GoldenGlobes), but tweeting from the movie theatre has always been frowned upon. If Facebook can convince movie producers to post trailers via Facebook video player, the platform might be able to position itself as a hub for all forms and lengths of content.

This is a crossroads for social media, and the success of the next strategy for Facebook and Twitter will determine whether future generations integrate with the platforms...or leave them behind for greener pastures.

Until then, include both platforms in your marketing efforts. Need help getting started? Have a question about social in 2015? Click below.

Older Post How to Dive Into Video Marketing
Newer Post Use an Integrated Marketing Campaign to Reach Goals
Back to Archive
We use cookies to improve your experience on our website. By closing this banner or interacting with our site, you acknowledge and agree to this.