Three Ways to Make Your Writing Easier to Read 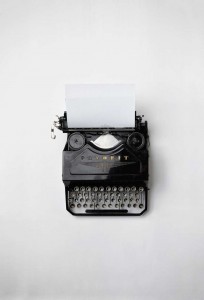 Clarity, clarity, clarity. So many tragedies - not only in writing, but in life, as well - are rooted in ambiguity. Don't believe me? Listen (read) this poignant passage from The Elements of Style: "Muddiness is not merely a disturber of prose, it is also a destroyer of life, of hope: death on the highway is caused by a badly worded road sign, heartbreak among lovers caused by a misplaced phrase in a well-intentioned letter, anguish of a traveler expecting to be met at a railroad station and not being met because of a slipshod telegram. Think of the tragedies that are rooted in ambiguity, and be clear!"

Take Strunk and White's advice to heart: read on to learn three ways to make your writing easier to read.

Three Ways to Make Your Writing Easier to Read

...and if you do use it, use it consistently. Don't bring your writers all over the map in one blog post.

But, back to our first argument - don't use dialect in the first place. You might have people all over the country, even the world, reading your blog. Don't alienate those readers by using dialect in your writing that they won't understand.

2. Use figures of speech - but only sparingly

Give your readers a chance to breathe in between metaphors, similes, hyperboles, synecdoche and personification. All of these are useful tools in your writing, but not when you use similes like they're grains of sand on the seashore. (See what I did there?) Use figures of speech sparingly, bringing illumination to your writing.

Have you ever read an article which featured so many initials for organizations that the entire alphabet was represented by the end of it? I have, and it made the article extremely difficult to read. Write out abbreviations, especially when you're unsure whether or not your audience will understand. Taking that shortcut will cost you clarity...and remember...clarity, clarity, clarity is the goal!

Older Post Waukesha Web Design Experts
Newer Post Best Practices for Building and Keeping Buyer Personas
Back to Archive
We use cookies to improve your experience on our website. By closing this banner or interacting with our site, you acknowledge and agree to this.